Bengaluru Metro, called "Namma Metro," has been the first metro service to be initiated in Southern India, as well as the first underground subway line in Southern India. Namma Metro not only enhances the beauty of the skyline in Bangalore but also contributes immensely to the level of travel comfort. Namma Metro also is an important eco-friendly addition to Bangalore City, as it contributes significantly to reducing carbon emissions.

The Bengaluru Metro Rail Corporation Limited (BMRCL), a subsidiary between the Government of India and the Government of Karnataka, is responsible for implementing the Metro Rail project in Bangalore. The Bangalore Metro Rail Project would have an East-West railway line of about 18 km, beginning from Baiyappanahalli in the East and terminating in the West i.e. at Mysore Road and approximately 24 km railway line from Nagasandra in the North to Puttenahalli in the South.

The metro system is comprised of two color-coded lines serving 40 stations for a total length of 42.3 kilometres. The network uses standard gauge tracks to combine the underground, street level, and elevated stations. The metro has an estimated daily riding capacity of over 400,000 passengers as of February 2020. By 2023, the project is expected to finish its phase 2 network and also provide the connection to Electronic City and Whitefield's significant-tech hubs in the city.

The important objective of the project is to provide an alternative public transport that is reliable for regular journeys in Bengaluru. The Bengaluru Metro system is being developed in the phases. The metro phase 1 system is composed of two corridors which include the corridors East-West and North-South. The East-West rail line is called Purple Line, and the northernmost rail line is called Green Line.

The two routes will intersect at Kempe Gowda Station, and Kempe Gowda Station is an interchange station with two stages. At Kempegowda station, the train must be moved from the one-stop station (as the Trinity in the purple route) to the other direction to the station (take a green route pinna).

The metro connectivity to North Bengaluru comes under the Greenline. The Namma Metro Green Line is part of the Bengaluru's mass-transit rail network. The 24.20 km route links Nagasandra to Yelachenahalli. The line links Bengaluru's Northern, Central and Southern zones. The Green Line is largely elevated, with 21 elevated stations and 3 subway stations.

The Bengaluru metro's green line operates from Nagasandra to Yelachenahalli and crosses either Kempegowda or Majestic station, where it connects with the purple line. The number of six-coach trains operating on the green line increased to 18 in January. The six-car train can carry as many as 2,000 passengers and has fulfilled a long-term demand of metro users in the city by bringing more six-coach trains to the green line. The first coach is reserved for women in the six-coach train.

The main objective was to communicate the metro at both ends to the Outer Ring Road, and also to cover the industrial sites of Peenya in the northwest, thus facilitating improved connectivity and increasing commute times. The Karnataka government approved this extension in October 2008, which would cost an additional 1,763 crore.

North Bangalore is known for excellent connectivity through several channels namely air, road, and rail. Prestige Finsbury Park is going to come up within the latest IT/Aerospace & Hardware Park in luxurious surroundings of North Bangalore just across Bagalur Road in the KIADB area. The upcoming metro path will link Nagasandra in North Bangalore with Kanakapura Road. The metro service is expected to enhance this connectivity aspect and is anticipated to provide the commuters with fast and convenient travel.

Northern Bangalore has been well-established with luxurious public facilities and systematized infrastructural structures lined with large roads, flyovers, walkways, parks, esteemed colleges, extremely-specialty hospitals, shopping malls, entertainment platforms, and restaurants. Kendriya Vidyalaya, Rashtrothana, Jain Heritage School, VIBGYOR High, IIBS School, and Orchids International School are some of the prestigious schools in the neighbourhood of Prestige Finsbury Park. The proposed enlargement of the metro system will help the people from faraway areas of the city to travel within a short time from one part to another. 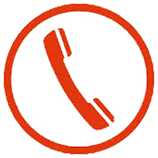